The Hollywood Fringe Awards, Where Everyone is a Star 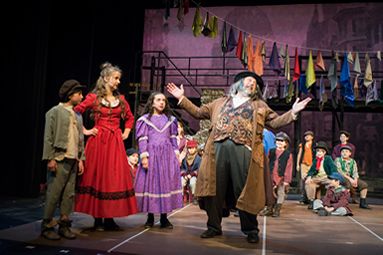 Ever Wanted to Walk Down a Red Carpet? Now’s Your Chance

This year on Sunday, June 24th, the Hollywood Fringe Festival celebrated its artists and their efforts to self-produce their individual expressions of art through their annual awards ceremony held at the Ricardo Montalban Theatre. The ceremony is a celebration that truly embodies the spirit of the Fringe with opening performances. At the Hollywood Fringe Awards, you can feel like a star as you walk down the red carpet and prepare to celebrate the successful production and reception of all the shows that participated in the festival. At the Fringe awards, the independent artists are applauded for pursuing their dreams of performance for the sake of art rather than fame.

Get Into the Fringe Spirit with Awards

There are two types of awards bestowed on the Hollywood Fringe participants. There are the Community Awards for each category of performance and sponsored awards bestowed upon the winners by organizations who want to be a part of the Fringe spirit and honor shows that stood out to them. The Community Awards are voted by the Fringe community and they celebrate the Top of the Fringe, International, Fringe First (World Premiere), Cabaret and Variety, Comedy, Dance and Physical Theatre, Ensemble Theatre, Immersive Theatre, Musicals and Operas, and Solo Performance. Some of 2018’s sponsored awards include A Little New Music Award for Outstanding Songwriting (sponsored by A Little New Music), and the 2Cents Theatre Award for Distinctive Voices.

Missed the Awards Show? Catch a Glimpse on Youtube!

If you visit the Hollywood Fringe’s YouTube channel you can step into the world of the Fringe community as they gather to celebrate together in the way they best know how as a community with dance and musical performances by fringe participants and even some humor, to embody what the Fringe is all about, cultivating a community of passionate artists who thrive off of performing and creating unfiltered art for an audience.

And the Winner Is!